This time we will be surrounded by luxury in the very well-known Banús Port, image and reference of the Marbella’s Jet-set, parties and money. At Bike Philosophy, we believe life measures up in experiences and they are what make us richer. Route from port to port, Banus to el Madroño, we will then climb a thousand meters of ascension, cycling trough Bermeja’s mountain and Ronda’s mountain. We will go through a crossroads town, which is the beginning or the end of our route, San Pedro de Alcántara. We choose to end the route with Puerto Banús Jetty. If you don’t mind getting up early, we highly recommend being there at dawn. The light in the sea and Sierra Blanca is so beautiful it will be hard to forget!

The first kilometers are rather difficult, as we have to share the road with many vehicles on the A-7. Local cyclists can advise you on how to avoid this busy path. Just before arriving at San Pedro de Alcántara, the A-397 direction Ronda begins, a quite broad road, with some traffic at peak hours and a constant climb. The best way to reach the top is to keep the head up and to look around!

Let the ravines take you on a journey with the nearby sierras, smell of pines and the sound of wind. You will see views of Benahavis and the first villages of laSerranía de Ronda. A couple of fountains and fruit sellers are along the way to fill your stomachs. There is also a small bar, turned into a meeting point for riders, where you can get some coffee or something warm to eat.

We will end our trip along the PuertoEl Madroño, but instead of coming back directly, we keep going to enjoy the view of the sierra and “lo pelaillo” as it is called here, which is the lack of vegetation. From there, you can decide if you want to continue the route to Ronda or if you’d prefer heading back. If you still have plenty of energy, you can go through numerous villages: Pujerra , Faraján, Alpendeire and many more.

On the way back, the route descends until el Puerto El Madroño, so you won’t have to pedal for kilometers, feeling like Marc Márquez!

It’s probably best to touch the brakes here, and observe El Estrecho, the Mediterranean sea and Africa. ‘Did I forget the mountain bikers today?’, you would ask. Well, there are many options for them. It is possible to exit at Benahavis, ride past the Dam de la Concepción, and reach San Pedro without using anymain road… it’s all about taking the right turns!

Special offers for this route 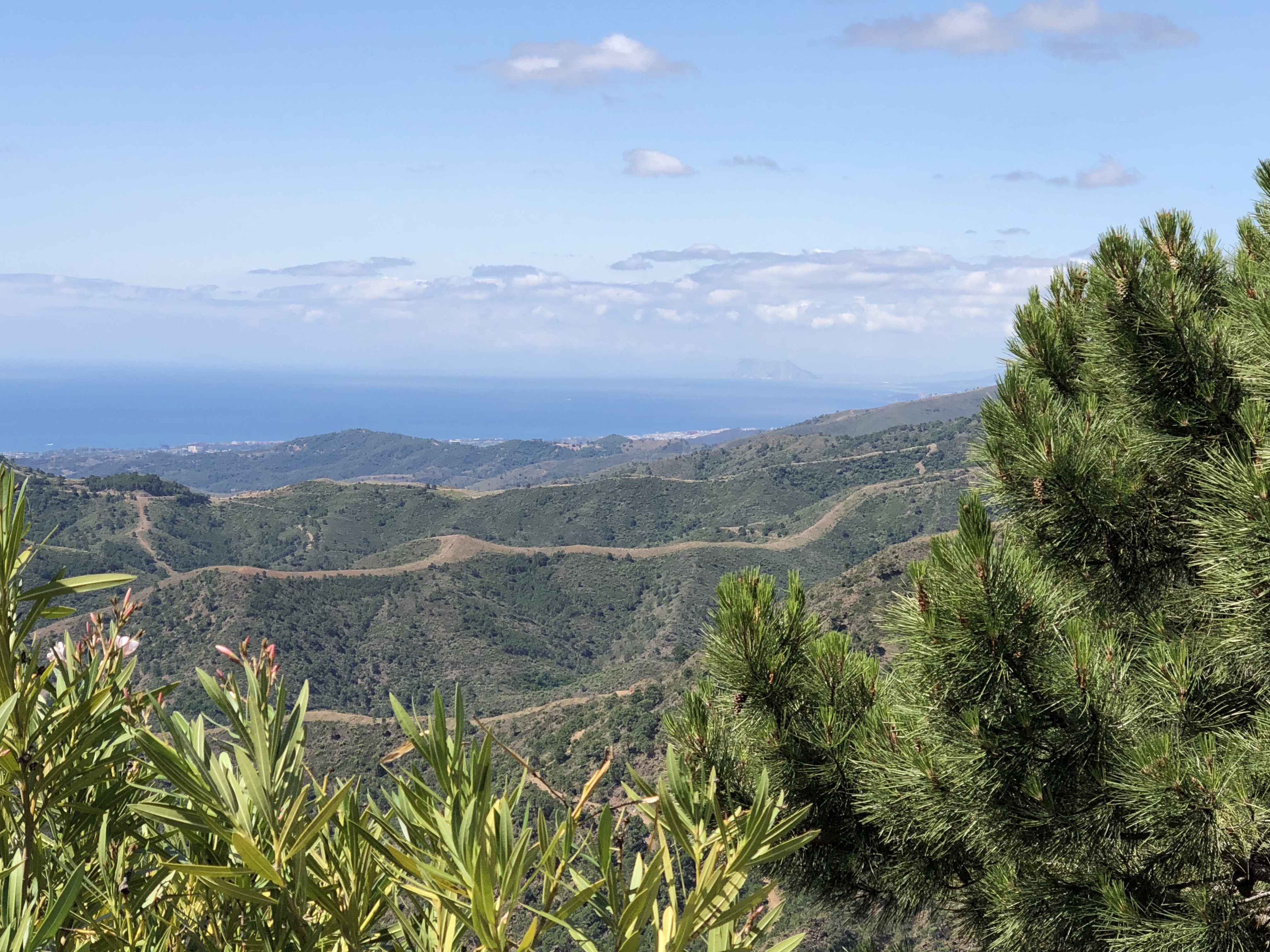 See views to the coast 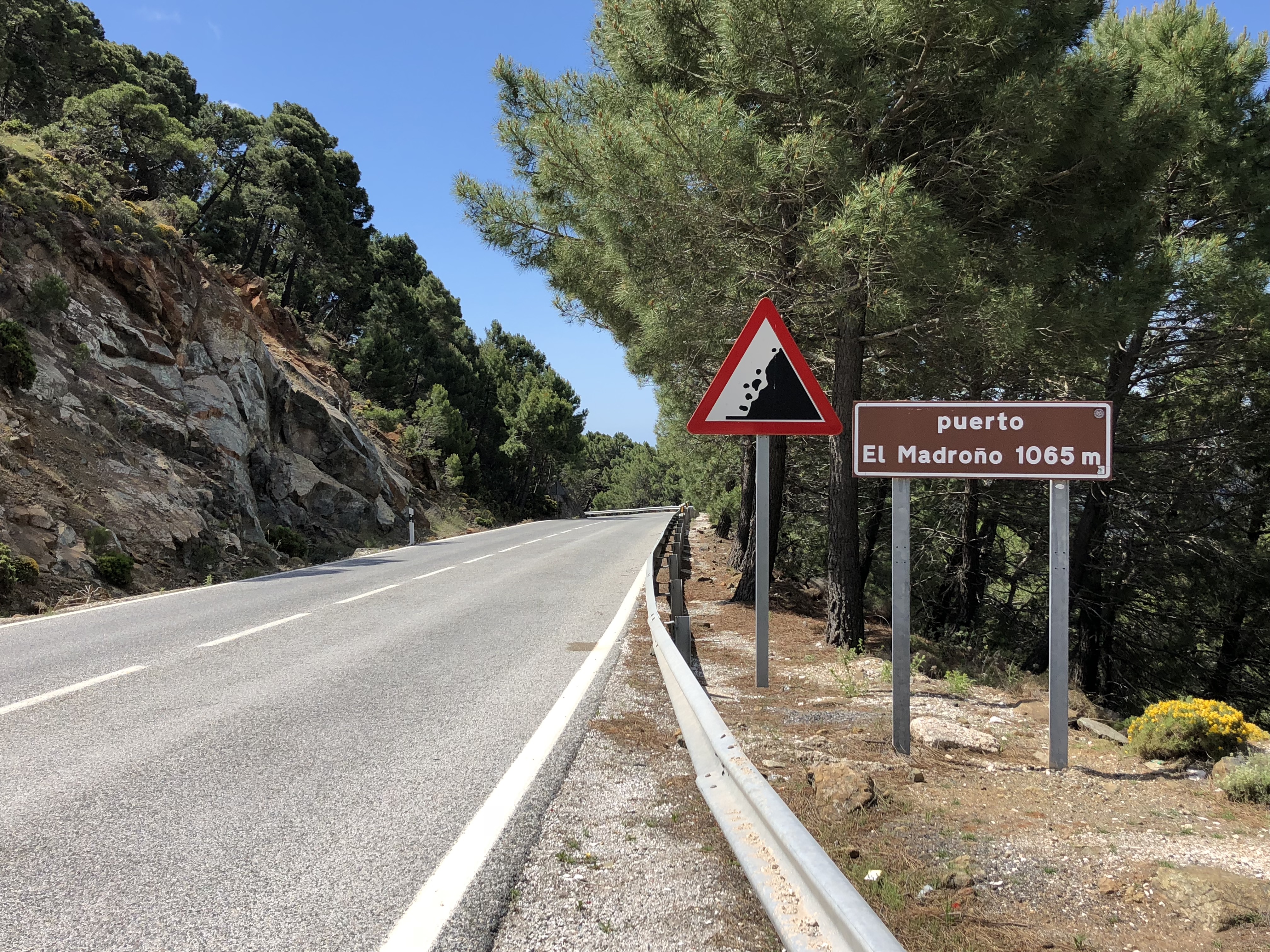 Enjoy our routes. This is one the routes we can provide you. We have a lot of fun ready for you.

Hire a bike and let's go 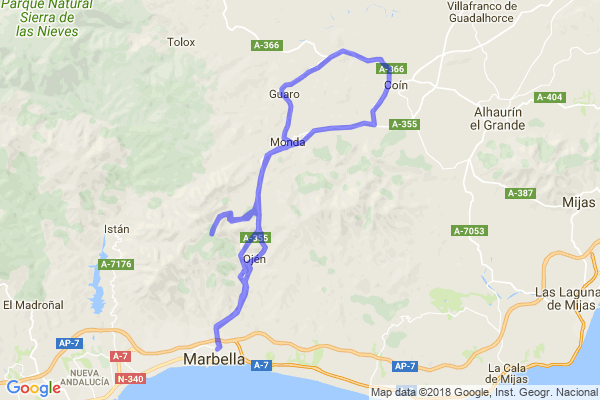 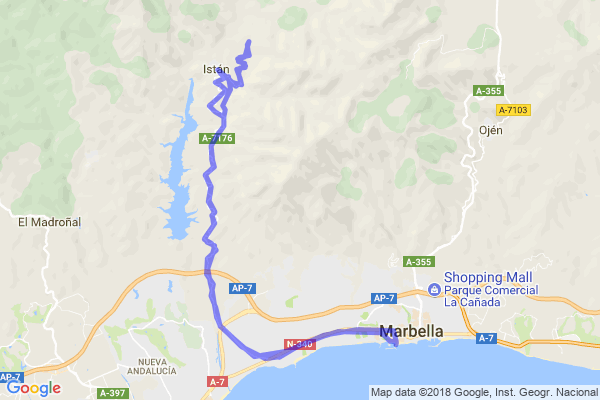 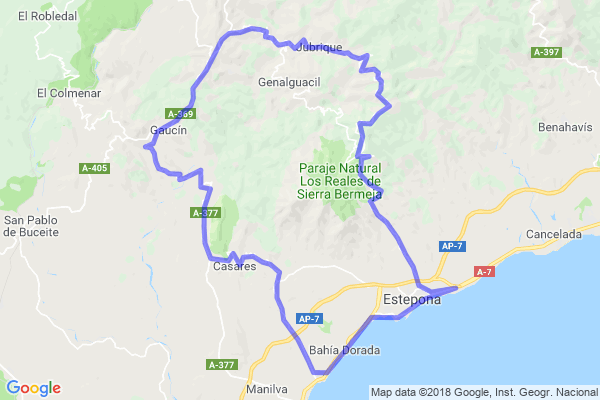 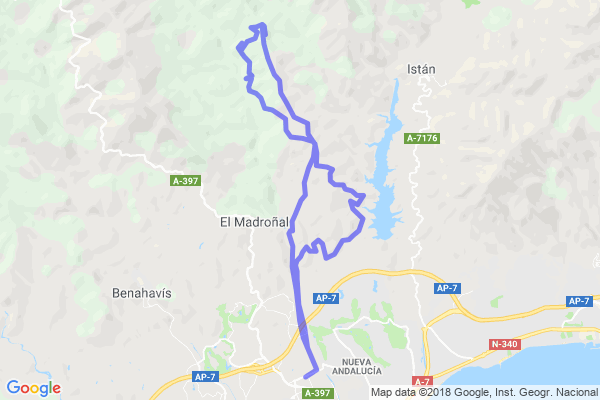 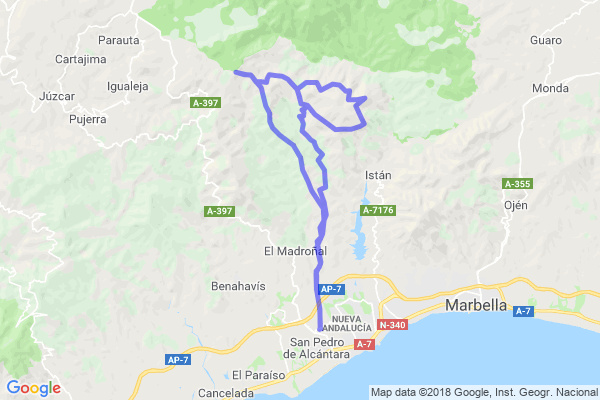 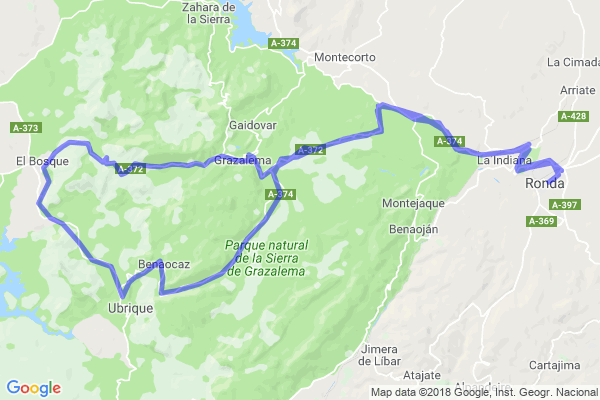 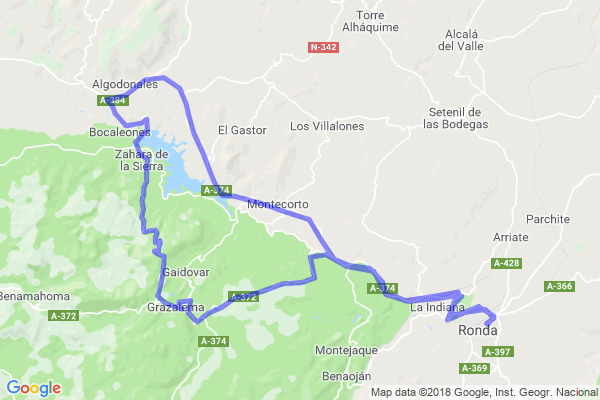 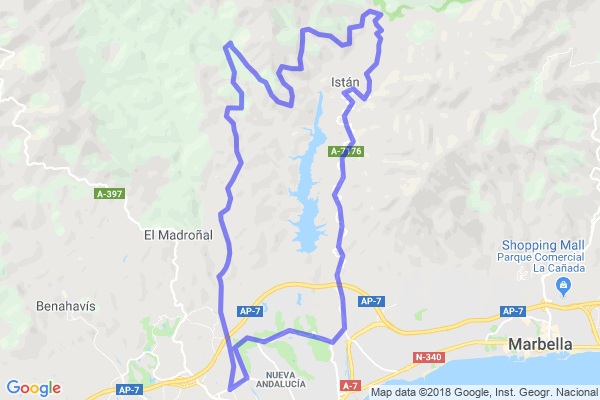 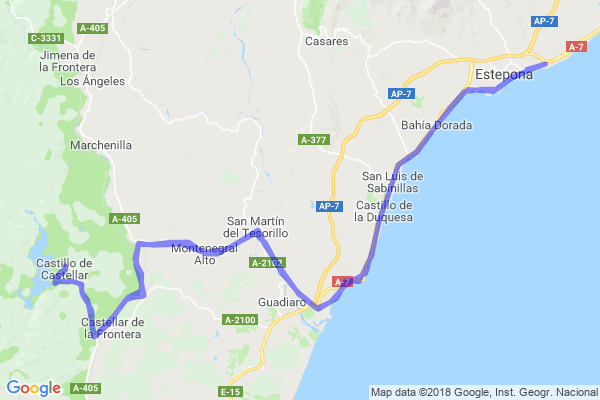